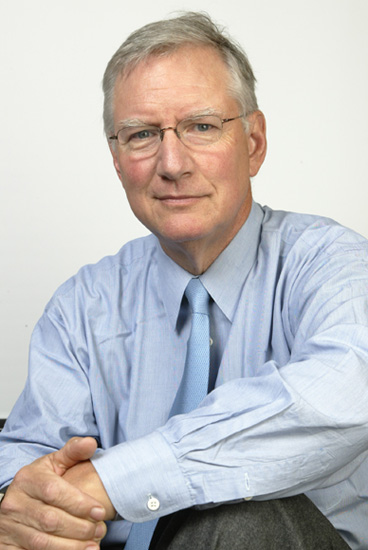 Shelley Dolley advises speakers and authors of business books on how to build their brands.

She shares with her clients an industry insider’s perspective on the most effective strategies to widen their fan base and garner higher fees.

Special thanks to renowned author Tom Peters and his team following a very successful four day green screen shoot in our audio and video production studio.

Tom Peters, has written many best selling business books over the years, and is well known for his first best seller, “In Search of Excellence.”

It was also a pleasure working with his professional consultant for authors and public speakers, Shelley Dolley, who directed the shoot and helped everything proceed smoothly.

Everyone at Sound and Vision Media thoroughly enjoyed working with this professional crew, further making the production a tremendous success!

Many thanks to Tom Peters and Shelley Dolley!

Tom’s academic career started when he obtained a Bachelor degree (BSc.) in civil engineering from Cornell University in 1965.

Tom obtained his Master’s degree (MSc.) in civil engineering in 1966. He received his MBA degree and his doctorate (Ph.D.) from Stanford Business School shortly after.

Peters has a broad background as far as work experience is concerned, he served in the United States Navy during the Vietnam War for a period of 4 years.

He also worked as a senior advisor for the White House. From 1974 Tom Peters started working as a management consultant for the renowned McKinsey & Company.

Despite the fact that he had become a partner and had provided many international organizations with sound advice and implementations, Tom Peters left McKinsey which was also due to the great success of his book In search of excellence (1982).

Tom Peters has been working as an independent consultant since 1981 and he speaks about his theories and practical examples around the globe. 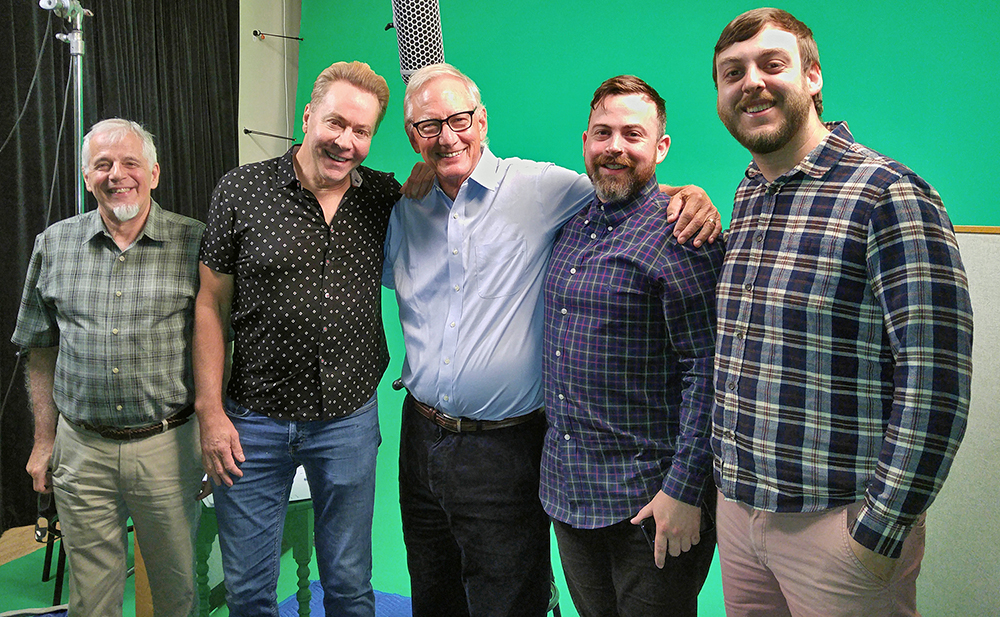 Last week the entire staff at Sound and Vision Media was thrilled to have the opportunity to work with Robert Kennedy Jr.

He chose our facility for the green screen capabilities, lighting and audio to guarantee that Mr. Kennedy’s message would be heard loud and clear by everyone.

Mr. Kennedy was one of the nicest and most genuine people that we have had the pleasure to film here at our studios.

We were all impressed with his enthusiasm, compassion and sincerity and certainly look forward to working with him and his team again in the near future.

Kennedy serves as president of the board of Waterkeeper Alliance, a non-profit environmental group that he helped found in 1999.

He is the chairman of World Mercury Project (WMP), an advocacy group that seeks to reduce and eliminate mercury exposure from industry and pharmaceuticals such as vaccines. 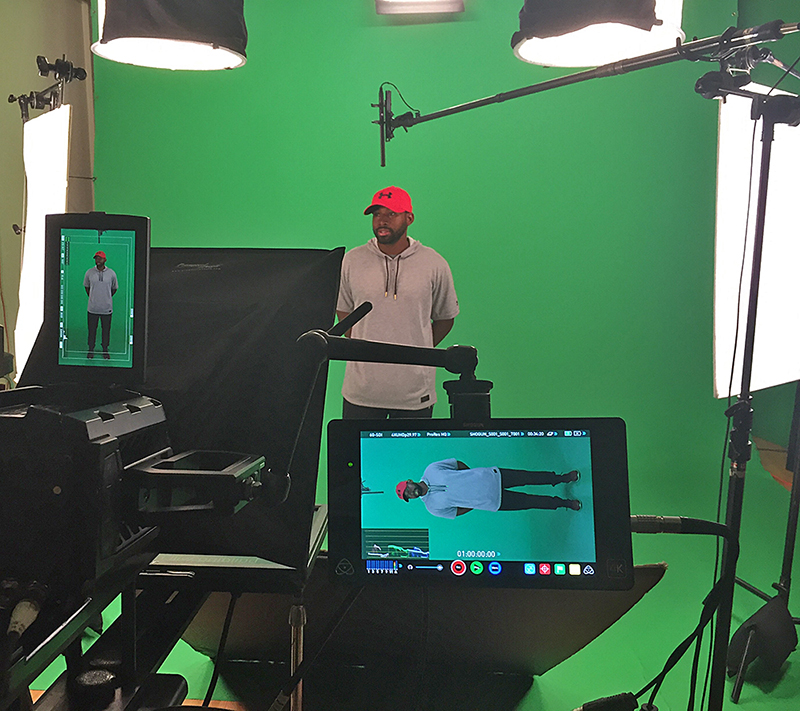 One of the hottest new political commercials in the nation had its roots right on Squire Road at the Sound & Vision Media studios.

Republican 4th Congressional District challenger Sean Bielat released one of the most talked about campaign ads of the season last week that portrayed sitting Congressman Barney Frank (D-Newton) disco dancing. The heavily produced commercial includes older audio snippets of Frank predicting there would be no housing crisis while the video shows his head superimposed on a disco-dancing figure.

It ended with Bielat saying that Frank should stop “dancing around the issues,” and it’s created quite a splash. 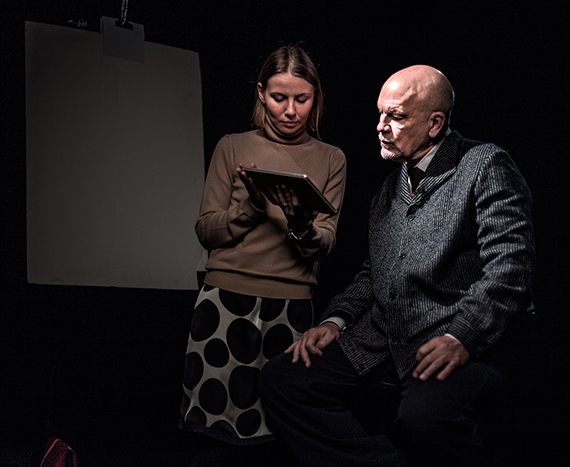 Longtime studio owner and Revere native Howard Cook confirmed this week that eccentric, national political ad maker Ladd Ehlinger Jr. (who has become somewhat famous this election cycle for making “viral” videos for candidates to post on the Internet) had rented out the Revere studio and filmed the ad right on Squire Road.

“We have this great production facility with a large green screen and very modern lighting,” said Cook, who owns the studio with Mark Helms. “People come up and rent the studio a lot. This was a national company that specialized in political ads. They wanted to have a studio in the Boston area to shoot the ad and they choose us. So, yes, they did come in and they did shoot a whole production here last week.”

Cook and Charles Vitale, studio manager, said that the crew used a dance instructor to do several minutes of disco and hip-hop dance moves in front of the studio’s green screen. A green screen is similar to what weathermen use on television. While the audience sees a weather map, in reality there is only a bright, green screen behind the weatherman. The maps are actually added by computer and the viewer sees no trace of the green screen.

The same technology was used in the Bielat advertisement, where unusual backgrounds were inserted behind the dancer, and Congressman Frank’s head was also superimposed on the dancer.

The Bielat commercial was a bit of excitement last week for the local studio, but far from the most excitement they’ve had.

Sound & Media Vision cut their teeth years ago on Centennial Avenue and Shirley Avenue as a recording studio.

They recorded for numerous famous bands, most recently doing work for Phish and also recording the first demos for Tracy Chapman.

That, of course, is ancient history for the company, which is now less of a recording studio and more of an advertising agency.

“Our business kind of metamorphosed until we bought this building on Squire Road a few years ago,” said Cook, noting that they are located in the old Dean’s Furniture building. “Basically, now we are an advertising agency and we have this great production studio.”

Their production space is like a diamond in the rough on Squire Road, using more than 7,000 sq. ft. of the second floor to produce, film and edit many of the advertisements that are seen on television and the Internet.

Speaking of the Internet, Cook said that the company just recently started an Internet marketing branch, called C4 Analytics. That has sent them into the world of Twitter, YouTube, Facebook, Google and the entire new world of Internet marketing.

“That’s the new Wild West for us,” he said. “If you want to be featured on the web we’re the guys and we can do it. We work with a lot of companies and individuals that want a high profile on the Internet.”

Cook and Vitale said that last week’s shoot was pretty interesting and unusual, and they were glad they could bring positive acclaim to Revere.

“We really care about the city and are proud to say we are in Revere,” said Cook.